After Immigrant Students’ Action, DHS Appears to Move in the Right Direction

We will continue until we see an end to our pain 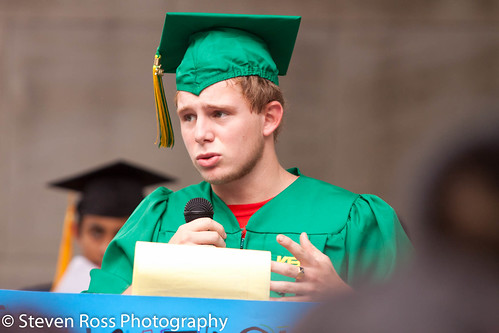 WASHINGTON, DC – Over the past few months, thousands of undocumented youth have fought for the right to live free from the constant fear of deportation and for a chance to fulfill their dreams. We have fought to stop the deportations of over 80 immigrant youth — students who grew up in this country and see it as their home — with the Education Not Deportation Project.

In good faith, we have asked President Obama to meet with us and address this crisis, yet he has failed to respond. Today, the Obama Administration announced that the Department of Homeland Security (DHS) would review deportation cases based on new guidelines establishing which cases are deportation priorities and which are not. Dream Act-eligible students will fall within the ‘low priority’ category for deportation.

This is a step in the right direction. The Administration is listening to the pressure from the immigrant community and Latino voters. Given our frustration with the Administration’s immigration policy over the past 2 years, including a record number of 1,000,000 deportations, and the reinforcement of Secure Communities, we are wary of today’s announcement.

We want to ensure that our young people are not left vulnerable to the discretion of ICE offices and law enforcement in anti-immigrant states. We must be sure that individuals do not fall through the cracks, like 18-year-old Mercedes from Tennessee, who was stopped for driving less than 10 miles over the speed limit and currently faces deportation.

It is still unclear how this program will work. Marisol Valero-Davila, leader of UWD says: “The President has earned our mistrust by deporting our community and ignoring our calls for relief. He now must earn our trust, by showing us that he is serious about this new proposal. The proof will be in the pudding.”

The United We Dream Network is a national network of immigrant youth who organize and advocate for access to college and legal status for ALL. We have members in over 25 states. You can learn more at www.unitedwedream.org.